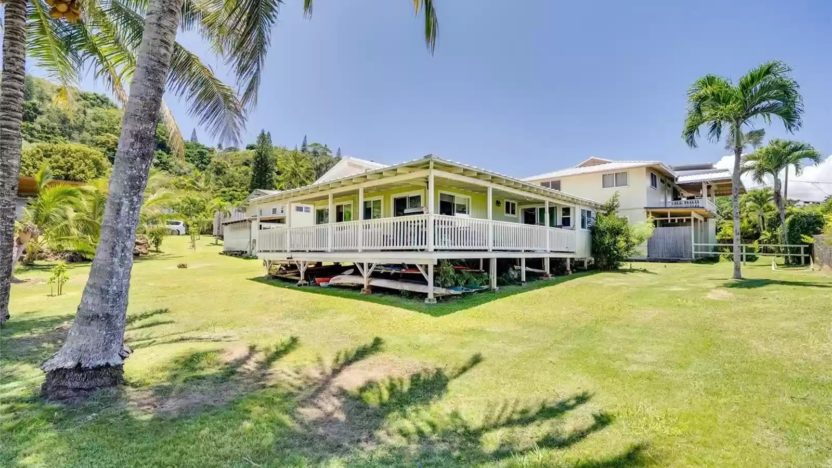 The 1-acre compound on Oahu last sold for $1.5 million in 2006. Since then, property values in the state have skyrocketed, and the town’s current median list price sits at $2.3 million. The soap star stands to make a killing from the longtime investment.

Marketed as “rarely available,” the ocean-view compound is also an “amazing opportunity.”

The spread is located just across from Shark’s Cove, which is popular with scuba divers and snorkelers and offers a kid-friendly tide pool and a white sandy beach. A bike path from the front door leads to surf spots and beaches along the island’s famous North Shore.

The gated property is set behind a 140-foot rock wall and has three entrances.

The five-bedroom main house has two primary suites, an open kitchen, and a game room.

The home also opens out onto a west-facing deck.

The compound also includes a three-bedroom guesthouse with a large covered lanai, two studios with separate entrances, an office space, and a 30-foot Airstream trailer.

The eco-friendly compound boasts a 38-panel solar electric system as well as a solar water heater.

Best known for his role of Jasper “Jax” Jacks on “General Hospital,” the German-born actor starred in the daytime staple from 1996 through 2021. He also placed fifth on the 16th season of “Dancing with the Stars.” He and his wife, Ehiku Rademacher, own an activewear store in Haleiwa.

The actor left “General Hospital” in November 2021 after ABC denied his religious exemption claim in response to the network’s COVID-19 vaccine mandate. In December 2021, the 51-year-old sued the network over the policy.